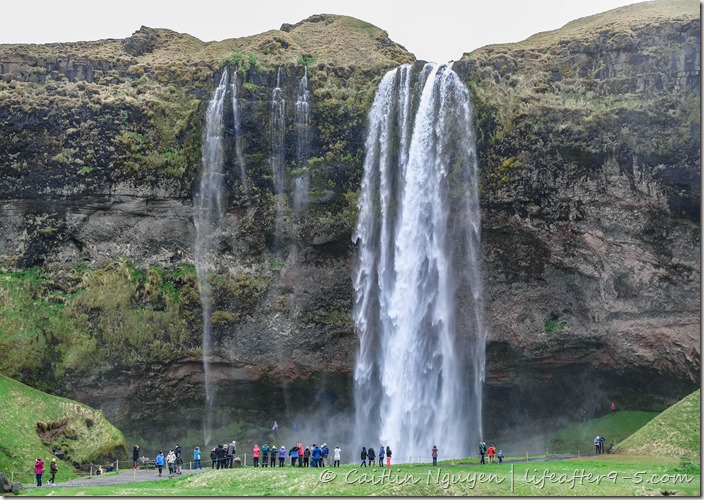 View of Seljalandsfoss from the front

The rugged beauty of Iceland is every photographer’s dream. The extraordinary landscapes that present themselves at every turn will keep you under its spell and make you fall head over heels in love with this country.  This land of Fire and Ice is made up of contrasts and contradictions.  It’s where icy glaciers, moss-covered lava fields, secluded black sand beaches, and explosive geysers come together to make up a country unlike any other.

Click here for the complete road trip itinerary around Iceland. 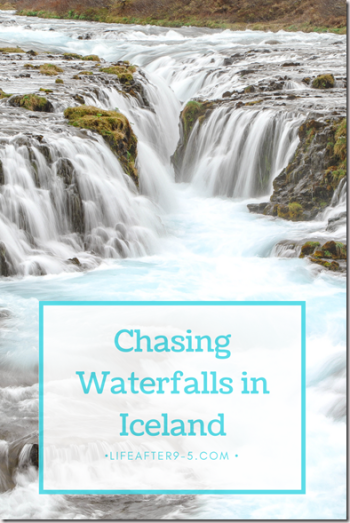 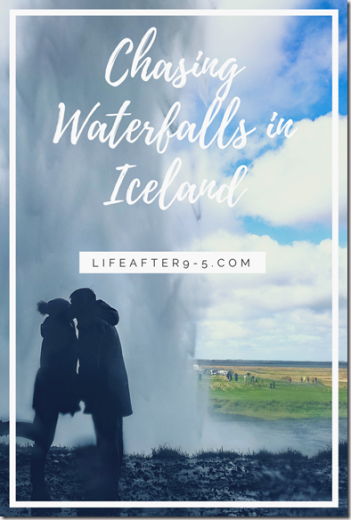 Iceland is known for its natural attractions, but none more so than its magnificent waterfalls. The waterfalls are as diverse as they are plentiful, so narrowing them down to a list of the best ones to visit is not an easy task. There are hidden falls, glacial falls, cascading falls, and even a waterfall of the Gods.   Some are majestic and powerful while others are more subtle and unimposing, but they are all unique and beautiful in their own way.  Below you will find a list of 12 Must-Visit Waterfalls in Iceland – in no particular order.

Kirkjufellsfoss with Kirkjufells mountain in the background

This small and charming waterfall, situated near the impressive Mount Kirkjufell on the Snæfellsnes Peninsula, is one of Iceland’s most photographed.  The cascading waterfall with the imposing mountain in the background is a photographer’s paradise.  You can follow the easy walking trail for the perfect shot of the waterfall with the dramatic mountain in the background. The distinctively shaped mountain is recognizable to Games of Thrones fans as Arrowhead Mountain, from season 6.  Aim to go earlier in the day because the visitor’s parking lot is very small and tends to fill up quickly. We were there around 9am, and there were still ample spaces available. 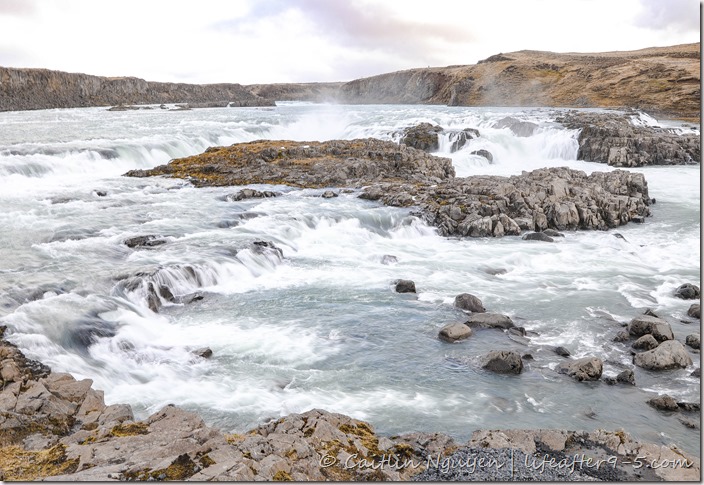 Urriðafoss is a waterfall spanning the Þjórsá river, Iceland’s longest river. Though it’s not impressive looking, the fall is incredibly powerful with a high volume of water flow.  This cascading waterfall is located between the towns of Selfoss and Hella, just south of Iceland, a 5 minute detour from the Ring Road.

Seljalandsfoss is a wildly popular waterfall located in the South Coast of Iceland. Its proximity to Reykjavik and easy accessibility from the nearby parking lot makes this a tour favorite.  This tall waterfall, standing at almost 215 feet (65 m), can be seen from the main road. The fall can be viewed from the pedestrian bridge, but what makes this particular place special is the fact that you can walk behind the bridal veil fall into the mossy cavern for a different perspective. Be prepared to get completely soaked from the spray as you approach the fall. 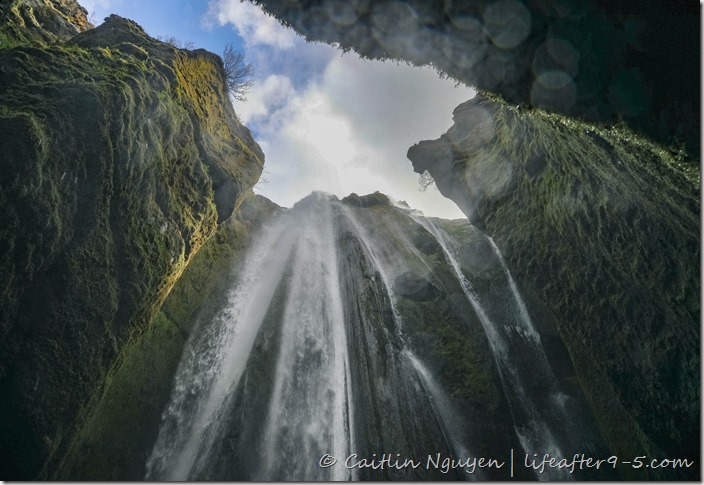 A few minutes walk from Seljalandsfoss, you’ll discover this hidden waterfall behind a cliff. The name Gljúfrabúi fittingly translates to ‘dweller within canyon’. Even though the fall is 130 feet (40 meters) high, not a lot of visitors know of its existence because it is concealed behind a tall rock wall.  To get to the fall, you have to wade through shallow water to an enclosed area. Once inside the gorge, you’ll be pleasantly surprised to find a wall of water falling down the side of the cliff.  There is even a large rock conveniently located in the center where you can climb up for the perfect picture, just be prepared to get wet.

This waterfall is probably one of the most recognizable in Iceland, located right off of the Ring Road in the Southern part of the country. Standing at over 80 feet (25 m) tall,  it is one of the biggest waterfalls in the country and certainly one of the most dramatic.  Skogafoss is known for its rainbow spanning across the fall on sunny days, and if you’re lucky you might even see a double rainbow.  The waterfall is impressive up close, but be prepared to get wet from the powerful spray.  To get a different perspective, you can climb the stairs all the way to the top for views of the fall from above.

Photo Tip: For the best photos, stand close to the fall to avoid having other people in your frame.

Kvernufoss was one of my most memorable waterfalls of the trip.  Located close to the popular Skógafoss, this one is often overlooked by travellers because it’s hidden away in a gorge and not easily found on a map.  To get to the waterfall, you park your car at the Skógar museum and walk to the right most edge of the property until you get to a fence. Continue walking until you see a stile where you can step over to the field on the other side.  Follow the path that leads you along the Kverna river into the gorge.  After about 15 minutes, you’ll start to see a glimpse of the 100 ft (30 m) tall waterfall when you crest the first hill. The lush, untouched landscape looks like a scene from the Lost World. The best part is that there was no one else around so we had the whole place to ourselves to explore.  It is possible to walk behind Kvernufoss for a unique perspective of the waterfall.

View of Foss á Síðu waterfall from the road

Foss á Síðu, which means “waterfall at Siðu”, is a waterfall cascading down the side of a mountain over a village. We noticed this particular waterfall while driving on the Ring Road and had to pull over to admire the scenic view. It is definitely not the most impressive waterfall in Iceland, but it is noticeable because of its spectacular surroundings. From a far, it looks like a thin strand of water trickling down the side of the cliff covered with lush vegetation onto a sheep farm below.  It really doesn’t get more quintessential Iceland than this.

Svartifoss means ‘Black Falls’, a name derived from the tall black basalt columns surrounding the waterfall. Basalt columns are formed as a result of cooled lava and crystallizing molten rock.  The basalt columns of Svartifoss were the inspiration for the famous Hallgrimskirkja (church) in Reykjavík. Although the stunning waterfall, located within the Skaftafell Nature Reserve, is not easily accessible, the 2 km hike from the parking lot is definitely worth it.   On the way, you will even come across three other smaller waterfalls . Once you make it to the Black Fall, stay awhile to admire the view and soak your feet the in ice cold glacier water. 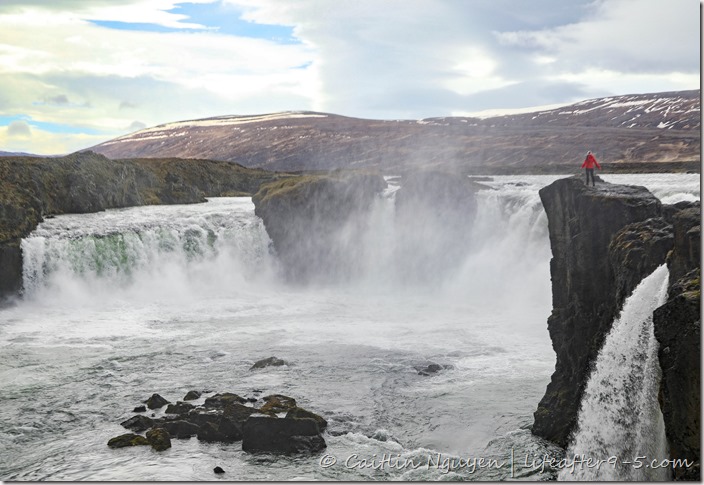 Standing at the edge overlooking Godafoss

This is the most spectacular waterfall in Northern Iceland with an impressive name that translates to “The Waterfall of the Gods.”  The name originated when a local chieftain threw wooden carvings of old Nordic gods into the fall to symbolize Iceland’s conversion to Christianity around 1000 AD.  The horseshoe shaped fall stands at 39 ft (12m) and 98 ft (30m) wide, making it one of the largest falls in the country by volume. If you’re brave, you can walk right up to the edge where you can feel the power of the water thundering down the cliff.

Unlike other well-known waterfalls, you will not see signs directing you to this hidden gem.  Brúarfoss is located slightly off the beaten path – from Reykjavik, take route 365 until you get to route 37 which leads to the summer cottage area.  Park there and follow the trail between the bushes until you come across a bridge. Continue and soon you’ll hear the cascading waterfall. This fall is not one of the biggest but the thousand small runlets of icy blue water falling into a gorge is mesmerizing.  This is also a great place to get away from the crowds. 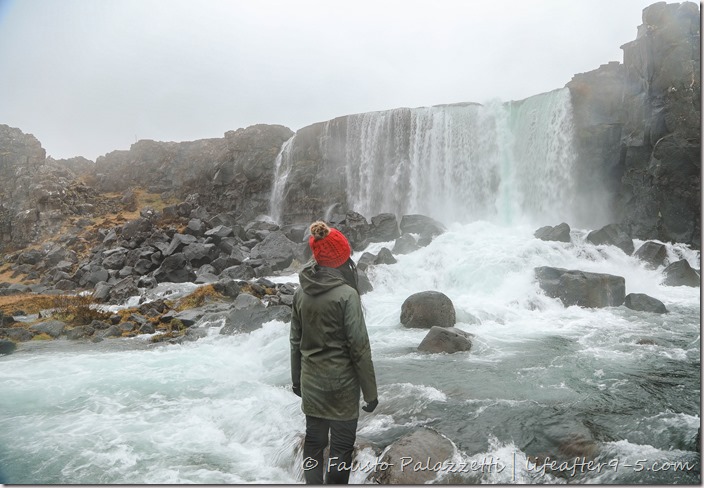 Öxaráfoss, which means waterfall in the Ax River, flows from the river Öxará over the Almannagjá gorge. It is located within the sacred Þingvellir National Park, a place of great sentimental value and historical importance to the Icelandic people. Interestingly, historians have discovered that Öxarárfoss is actually a man-made waterfall.  Geological records show that the river Öxará was diverged hundreds of years ago to channel drinking water into Almannagjá for members attending Alþingi, the Icelandic national parliament at the time.

View of the mighty Godafoss from above

This waterfall is one of Iceland’s most-visited natural wonders, not to mention one of its biggest.  Gullfoss, which means Golden Waterfall, got its name from its location inside the Golden Circle.  This mighty waterfall originates from the Hvíta glacial river before plummeting 105 ft (32 m) into a rugged canyon. There are two ways to view the waterfall: at the top near the gift shop where you’ll get an aerial view of the fall, or at the bottom near the lower parking lot where you can feel the magnificent force of the water.  Up close, the powerful spray and thousands of gallons of water plunging deep into the earth will leave you in awe of nature. 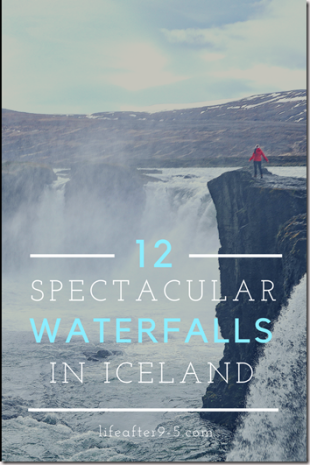 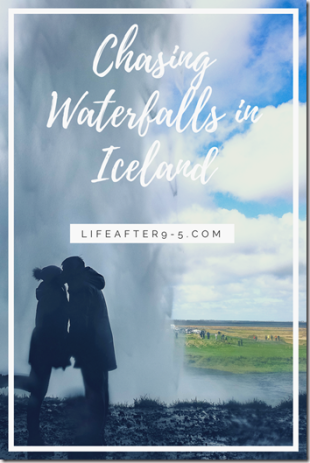 17 thoughts on “Chasing Waterfalls in Iceland”