The famous Lennon Wall in Prague was named after and inspired by John Lennon and the Beatles.  The youths of Eastern Europe were moved by Lennon’s western songs praising freedom, something that did not exist in communist Czech Republic.  These pop songs were banned by authorities and embraced by young activists.  When John Lennon was murdered in 1980, he became a hero to the pacifists.  An ordinary wall was turned into a makeshift memorial to the man that was admired by many for his fight for equality, peace, and freedom. 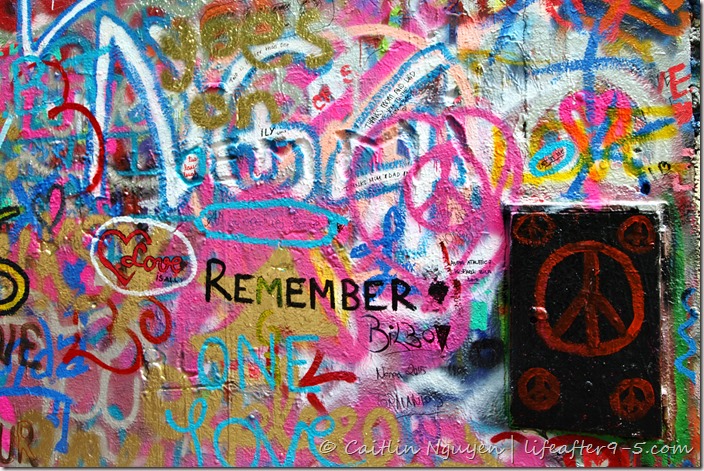 John Lennon’s picture was painted on this wall along side lyrics from his songs.  The wall evolved into a protest of the Soviet occupation with graffiti defying the authorities.  It’s important to note that at this time the Czech people had very few opportunities to express themselves and their feelings in this totalitarian period. By expressing their grievances on the wall in the dead of night, the young activists risked prison sentences. 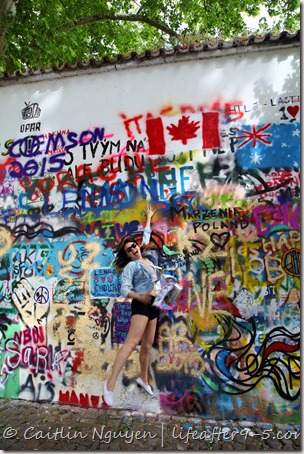 The Wall represented not only a memorial to John Lennon and his ideas for peace, but is also a monument to free speech and the non-violent rebellion of Czech youth against the regime.  The struggle for the wall in a small way came to signify the Czech people’s rise against the communist police. The police continuously whitewashed the messages on the wall, but never managed to keep it clean.  Every night, the wall would ‘magically’ be filled up with poems, flowers and messages.

The wall continuously undergoes changes, and the original portrait of Lennon has been long lost under many layers of paint. Today, the wall is filled with colorful motivating messages left behind for others to read.  Similar to the Berlin Wall, these messages serve as a reminder to us all to aspire for love and peace across the nations.

You can find the Lennon wall in Mala Strana, opposite the French embassy.  It is a few minutes walk from the Charles bridge. 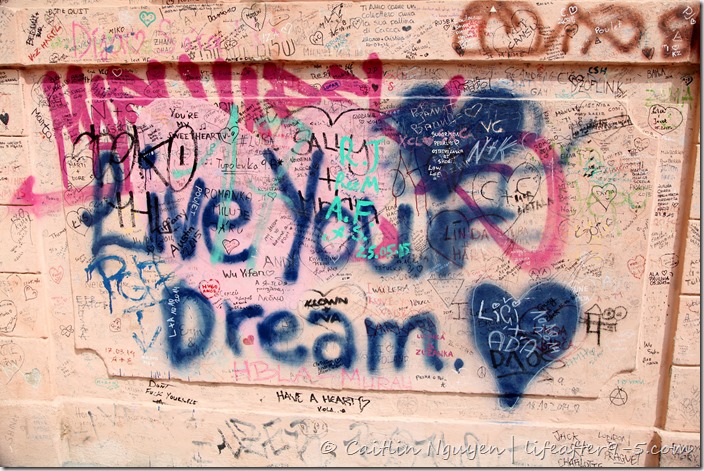