It’s a different world down in Louisiana. Driving outside of the city of New Orleans you notice a different landscape where everything is a bit wetter. There is vast marshland with meandering streams leading deep into the swamps, and dotted along the water are houses built on stilts that are as much a part of the bayou as the wildlife. 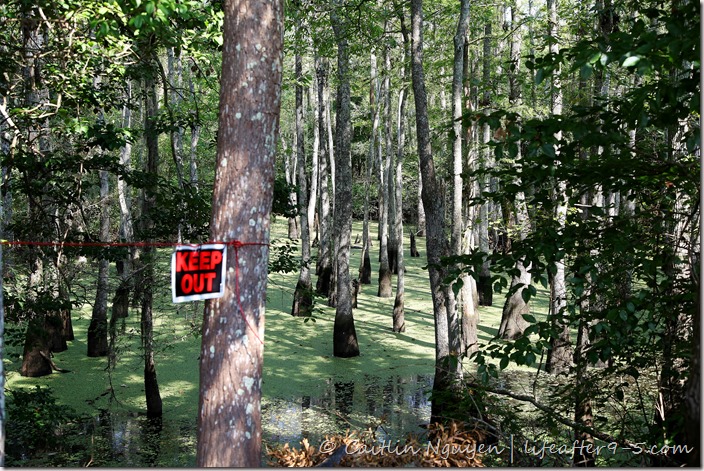 We rented a car and drove out to explore the undeveloped regions of Louisiana. After doing some research, we decided that it was better to tour the swamps in a small quiet boat rather than a noisy air boat. We looked at a few tour companies and decided to go with Honey Island Swamp tours because they had a good reputation and charge less if you drive yourself to their location. 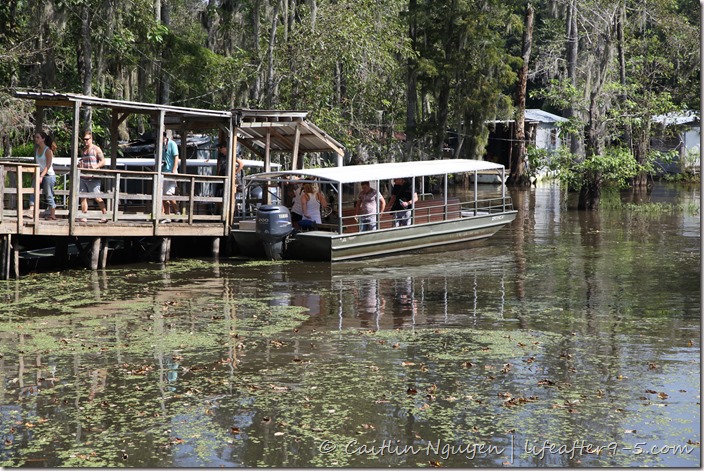 Our canopied boat for the swamp tour. 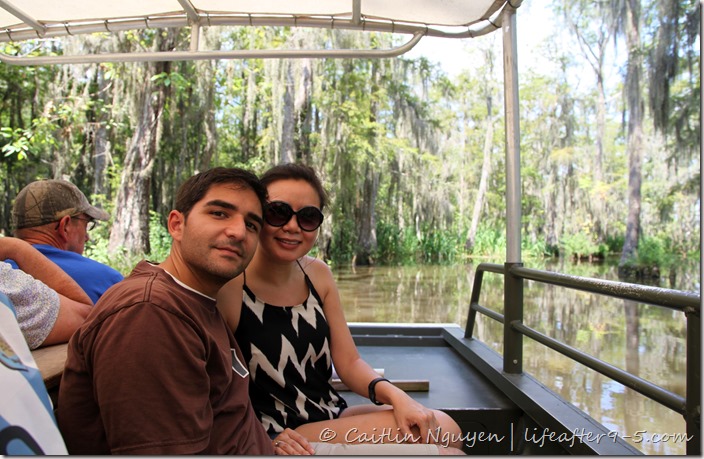 The boat carries about 14-20 passengers and is small enough to go deep into the heart of the swamp. There is also a canopy, which helps because it can get real hot down there. We filed onto the boat one by one and the captain took off down the Pearl River. For the stretches where we were on open water, the boat would speed up creating a nice breeze that whipped against our faces, cooling us down on that hot summer afternoon.

Houses along the river.

Honey Island Swamp is one of the few pristine swampland habitats left in the United States. The area is considered a protected wildlife reserve by the government. Like everything else in the South, this rugged wilderness has a serene beauty that captivates and draws you in. As we crept along the river deeper into the bayou, we got a sense of the quietness that settles over the area.

Winding through the endless waterways, everywhere you turn, you’ll see gnarly old cypress trees draped in Spanish moss. These trees rise out of the water, giving a surreal feeling like they are floating on the surface of the swamp. In some areas, the water is covered duck weed, making it look like a lush carpet of grass. 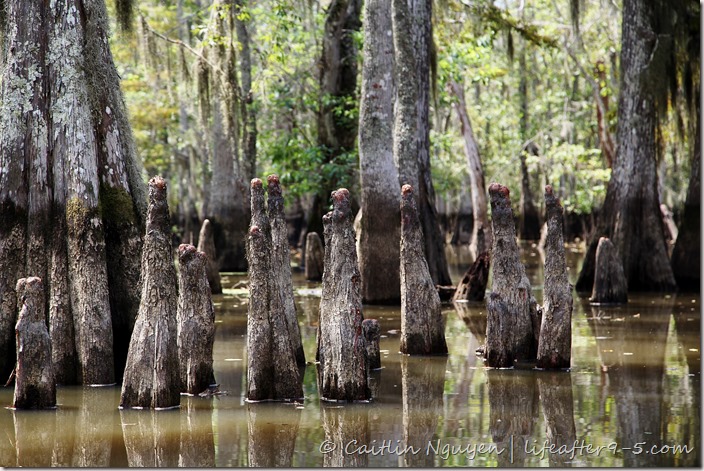 Cypress knees, roots that grow out of the water 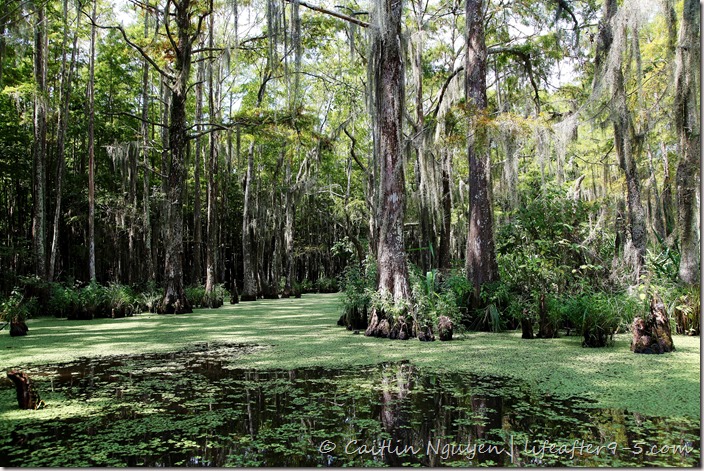 Deep in the bayou, it’s so quiet that you can hear the buzzing of dragonfly wings as they zipped around in the air, thick with humidity and the sweet smell of wild flowers. Up above, you might see a white heron perched high on a cypress branch, keeping a sharp eye on its prey. Over by the shore, you’ll see turtles resting on logs, enjoying the warm sun. In the water, the gators slowly and silently glide across the surface towards the boat. There is wildlife everywhere.

The alligators are used to the tour boats that pass daily, so when they hear the motor, they know to come over. The boat captains use hotdogs and marshmallows to coax them out of the water. The gators we saw were are about 3 to 4 feet long, not as big as I would have thought. In the wild, alligators take longer to grow than in captivity because they go into hibernation during the winter months. In Louisiana, the temperature can get down to freezing at night. During this cold period, the gators live off of the fat in their tail. 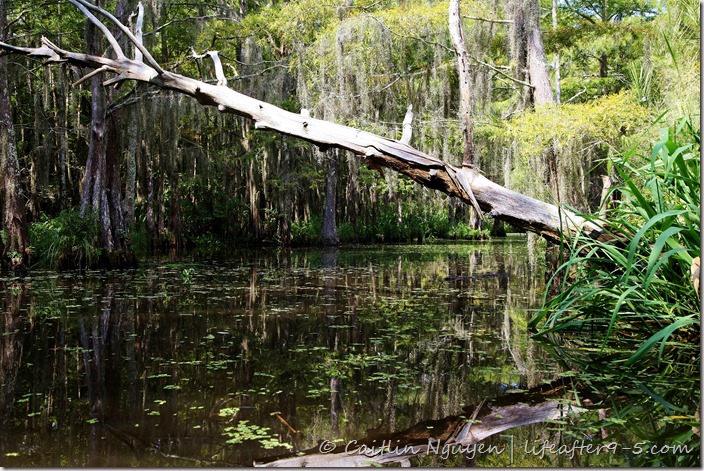 It’s impossible to see the bayou without being awestruck by the breathtaking scenery. It is unlike anything I’ve ever seen in the city. Today when everything is overly developed and nature is receding, it’s precious to see this primitive beauty, a land untouched by time.

4 thoughts on “Louisiana: Down in the Bayou”