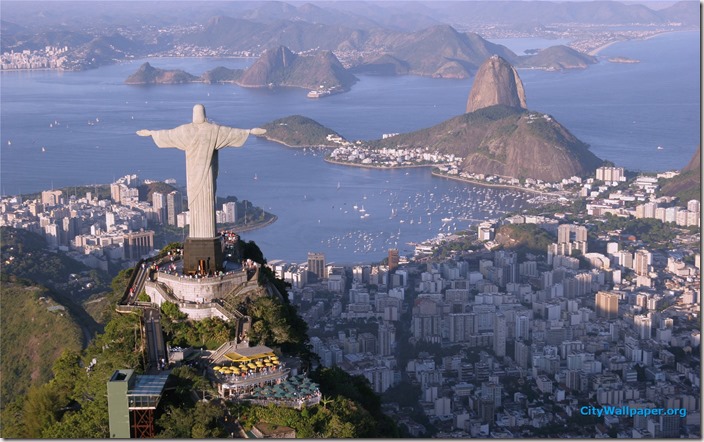 It was 11 o’clock on Thursday night, we were in bed, hunched over our computer, frantically searching for the cheap airfare to Rio de Janeiro.  Earlier that night, my sister messaged us and told us to check out the cheap flights from Toronto, Canada to Rio de Janeiro, Brazil for less than $400 on American Airlines.  This is obviously an error fare, the question is whether or not American Airlines would honor it.  Tickets were flying off the shelf at an alarming rate so you had to act fast. In fact the deal was dead by 10 am the next morning.  Usually when we find great airfare deals, we will try to share it on our Facebook page or on our blog.

Our pulses were pounding as we perused through the AA website.  It’s worth it to note that you could also book from Priceline.  There were dates available throughout 2015 with the cheap fare, but most of it departs during the week.  We found a flight over the Labor day weekend and went ahead to book our trip. The good thing about booking with American Airline is that you are allowed a 24 hour hold on the fare, but once booked, is non-cancelable. Other airlines usually allow a 24 hour cancellation period once booked. We had decided after our crazy year in 2014 that we were going to take it easy and not travel so much this year. That lasted almost 10 days in the new year before we booked ourselves on another flight. But who can pass up a round trip ticket to Rio for $385 per person?  Certainly not us.

As of time of post we were issued tickets with ticket numbers.  We will wait to make sure it’s completely official before booking hotel and making plans for our trip down South.  I am so excited for Brazil, and crossing my fingers that the tickets are honored. I’ve always wanted to go to Brazil, I just didn’t think I would be going this year. Comment and let us know if you’ve ever spontaneously planned a trip somewhere.  ‘Follow’ our blog and ‘Like’ us on Facebook for more cheap flight alerts.