Kutná Hora, a  popular daytrip destination from Prague, was once a grand old city.  Thanks to its bountiful silver mine, the city became the financial center of Bohemia and the site of the Royal Mint in the 14th century.  However, when the silver ore ran dry, the city faded into history.  Now it is more known for its architectural jewels like the unique Gothic cathedral and the interesting ‘bone church. 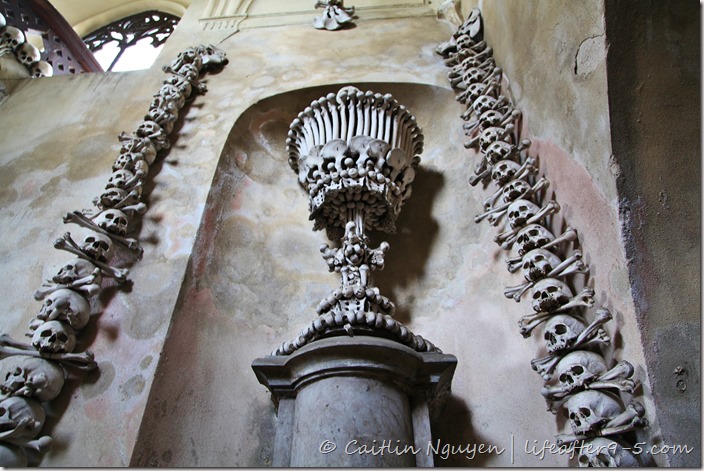 The train from Prague to Kutná Hora takes about an hour.  You can explore the city by yourself, or join the many tour groups that offer a day trip for relatively cheap.  We paid $22.50 USD for the Sandeman tour that included a train ticket and transportation around the city. It was also helpful to have a guide to walk through the historical significance of each place we visited.

The train arrives at the main station (Kutná Hora hl.n.), which is about a ten minute walk from the famous ‘bone-church’. The disconcerting Sedlec Ossuary is the main attraction of the city, drawing curious travelers from Prague.  The chapel is covered in bones of plague victims from ages past.  As the graveyard got overcrowded, the bones were removed and stored in the crypt.  The bones were rearranged into various decorative sculptures on display throughout the room.  You’ll find the coat of arms of the local aristocratic Schwarzenberg family made out of bone, as well as a chandelier that’s made from every bone in the human body. 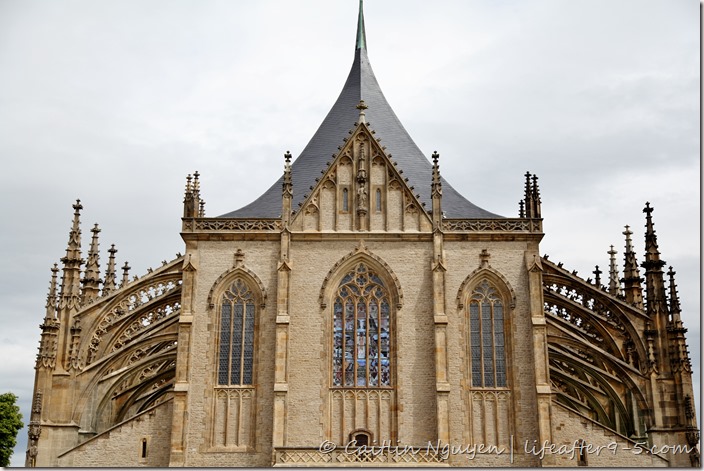 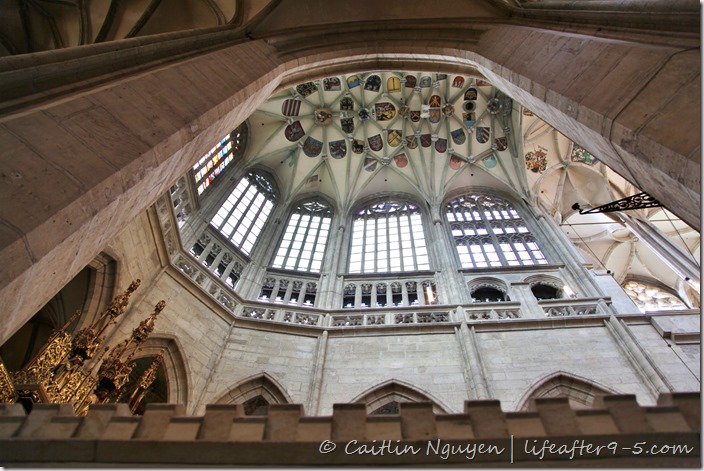 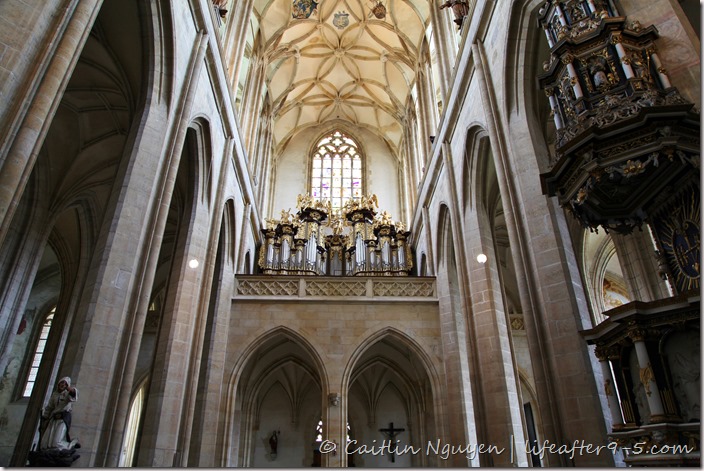 Another must-see while in town is the St Barbara cathedral.  Czech Republic is a land of spectacular Gothic cathedrals, and the one in Kutná Hora is the most spectacular of them all. The architect of this church  is also responsible for many other magnificent buildings around Prague. 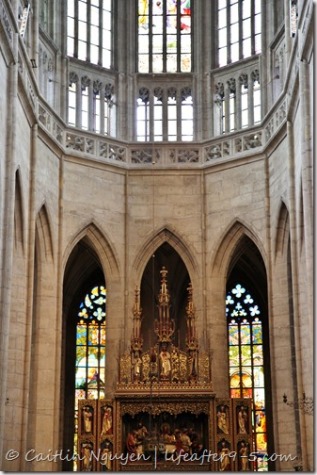 St. Barbara was erected to honor the patron saint of the wealthy miners. The cathedral, with its soaring spires and three peaked roof can be seen for miles around.  The high ceiling interior, the elaborate altar, and stained glass windows are no less magnificent.  It’s not hard to stand see why town of Kutná Hora was included in the UNESCO world heritage list in 1995.