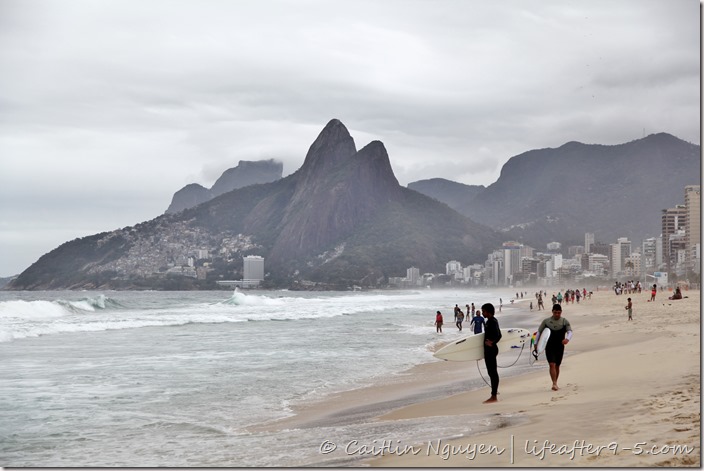 Travel involves a lot of uncertainty, where things like cancelled flights or theft can really put a damper on your vacation.  Some things are out of your control – like weather, while others just require some common sense.  Don’t let Rio’s reputation for being unsafe deter you from visiting this beautiful city.  However, be aware of your surroundings, and don’t draw unwanted attention to yourself.  Based on our experience, we put together a short list of things NOT to do: 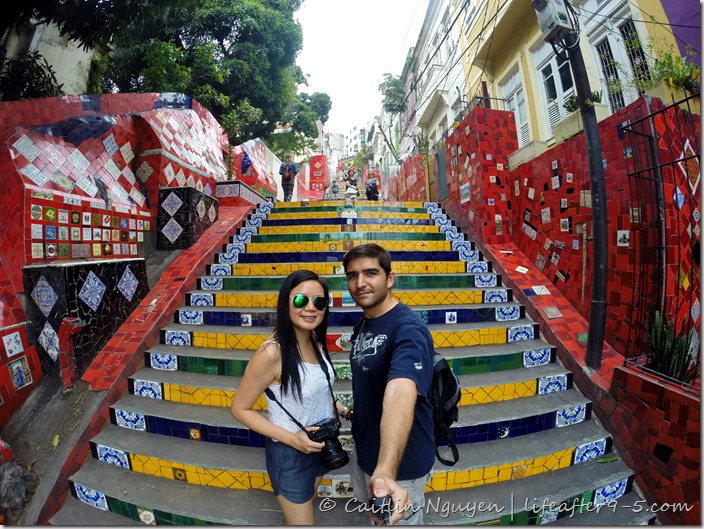 1. Don’t bring an expensive camera – While we were in Rio we were told by not one, not two, but three different people – one of whom was a police officer, to put away our camera because it was not safe to carry around.  There is a high theft rate in Rio and it’s common for tourists to have their valuables stolen. Now if you know me, you’ll know that I don’t go anywhere without my camera, so I was really conflicted. Rio was so beautiful that I didn’t want to miss a photo opportunity, so I decided to walk around with my camera anyways to Fausto’s chagrin.  At some points I did get paranoid, clutching my camera close to my chest anytime someone walked close to me.   Everyone else was taking pictures with their camera phone.

Luckily, nothing happened to the camera the whole time I was there, but this is still a valid concern. Think twice before you decide if you want to risk bringing your DSLR to Brazil. If you decide to bring your camera along like me, remember to back up your pictures at night, so in the worst case scenario if your camera is stolen you will still have your photos from the prior days.

2. Don’t wear jewelry – Similar to the camera, you also want to be discrete with your other valuables when you’re walking around the city. I usually leave all my jewelry at home when I travel because I don’t want to attract unwanted attention to myself.  Engagement rings or expensive purses will make you an easy target for muggers.

3. Don’t wear heels – For some reason I thought it was a good idea to break out my strappy sandals to go to a samba club. In my head, I had visions of sexy Brazilian girls dancing in heels. Imagine my surprise when most people at the clubs wore flats. Walking on cobble stone streets and dancing all night in high heels sounds good in theory, but it is very painful in actuality. Don’t be like me, dress comfortably when you go out partying in Rio. 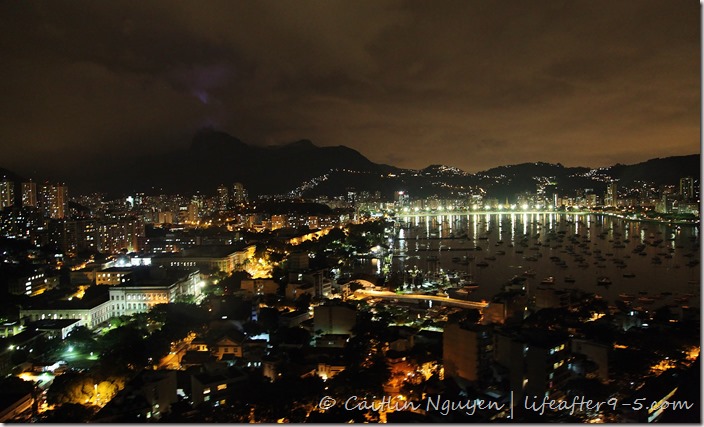 4. Don’t walk around the beach at night – Rio is relatively safe now, but it doesn’t mean you should walk around by yourself on the beach at night.  When in a strange city, be aware of your surroundings and avoid deserted areas – be it the dark beach front or small side streets.  Walking around the promenade and big streets where are lots of people should be ok.

5. Don’t rely on your ATM card – You know we like to travel with our Schwab ATM card, because there are no foreign transaction fees. It’s convenient because we don’t have to carry around a lot of money when we travel. Unfortunately, Brazil has the highest fraud rate in the world, so banks are more vigilant with ATM activities originating from this country.  Even though we pre-cleared the cards before we left and let the bank know that we’d be in Brazil for a few days, they still put a hold on all ATM transactions. We found this out the hard way when we tried to take money out of the ATM. It was a major inconvenience because we had to spend hours on the phone with our bank trying to clear up the issue.  They finally lifted the hold for 5 minutes so we could take out some cash before shutting down the card completely.  Alternatively, most places in Rio do accept credit cards, so you don’t have bring a ton of cash.

6. Don’t hang your clothes in the balcony – According to the sign on our balcony door, it is strictly prohibited to hang clothes or other items out on the balcony, including towels and bathing suits.  An interesting tidbit that we did not know prior to the trip.

Bonus Tip – Avoid going to Brazil during their winter,  which is from June to September.  We were there early September and it rained every day. The cold and wet weather made it impossible for us to go hang gliding or even swimming at the beach.  There was still a lot of things to do and see, but Rio is better when the sun is shinning.