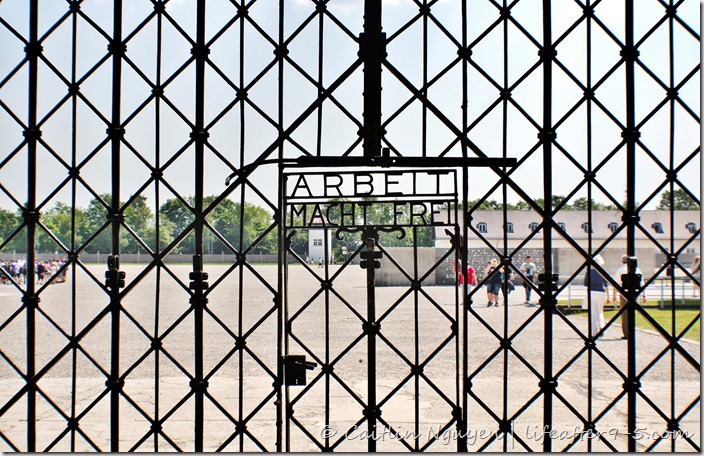 Standing at the entrance of the Dachau concentration camp, it’s impossible to remain unemotional. This place in particular, brings to life the inhumanity of Hitler’s regime. This was the first of the Nazi concentration camps opened in 1933 by Gestapo Chief Heinrich Himmler, and was used as a prototype for the many others that sprang up around Europe.   Over 200,000 Jews and other political prisoners were imprisoned here until the camp was finally liberated on April 29, 1945. The the iron gate with the ironic motto “Arbeit macht frei” (“Work will set you free”) belied the horrors that happened inside.  Once you entered, the only freedom was death.

Every Monday of each week, I’ll share a photo with you from my adventures around the world and at home.  Most of my photos have little or no post processing.  If you would like to see more, please click the ‘Follow’ button.