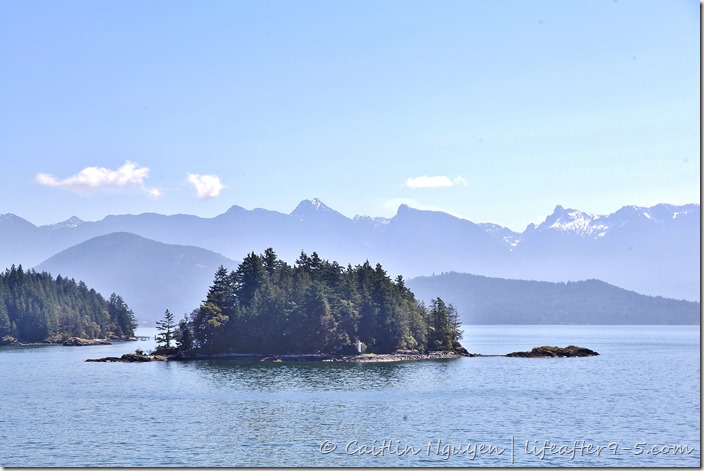 For Canada’s 150th birthday, my family made our way West to British Columbia for our yearly get together. It’s a tradition that we started after we all grew up and moved apart.  This year we choose to spend an idyllic week at a small town on the upper Sunshine Coast of British Columbia. The week was spent with good food, good company, and lots of memories that will last a lifetime. 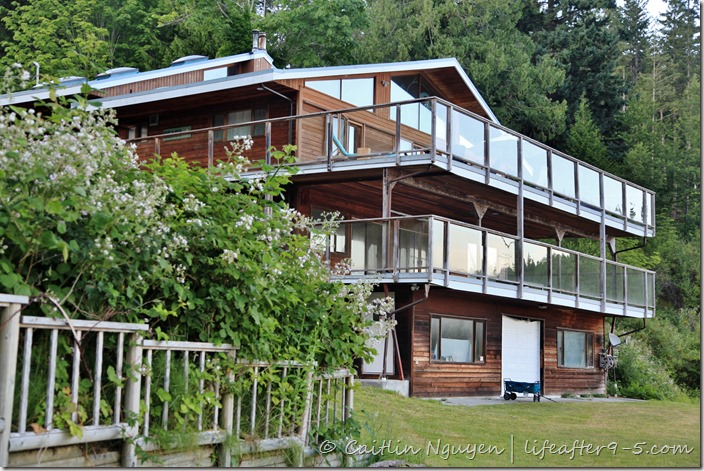 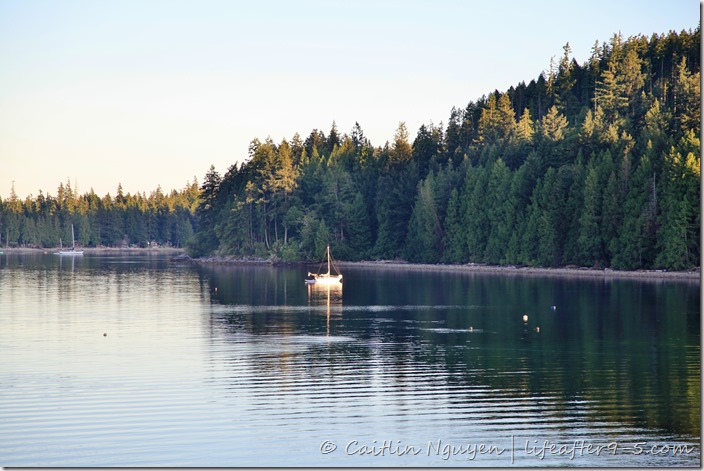 Powell River, a small city with a population of just over 10,000, is where the endless green mountains meet sheltered Pacific Ocean waters.  This naturally beautiful setting surrounded by mountains, trees, and water is located about 5 hours northwest of Vancouver. The area offers lots of opportunities for outdoor enthusiasts, everything from hiking, kayaking, fishing and crabbing.  Or you can just spend the time enjoying the sunshine and relaxing by the beach.

When my sister first suggested that we travel 5 hours to get Powell River, I balked at the idea.  Although it is part of BC’s mainland, there are no bridges connecting the Sunshine Coast to Vancouver due to the mountainous terrain. The only way to get there is by air or water. By air, you can take a 30 minute flight with Pacific Coastal Airline from Vancouver Airport. By water, you will need to take the BC ferries, which is the route that we chose.  These multi-deck ferries can take foot passengers as well as vehicles onboard.

We took the Trans Canada Highway from Vancouver towards the Horseshoe Bay ferry terminal. The journey continued across the water for 40 minutes towards the Langdale ferry terminal. Then we continued by car along Highway 101 to Earl’s Cove where we had to take another 50-minute ferry crossing to Saltery Bay. The 5 hour trip North was not as unbearable as I had initially thought it would be.  While on the ferry, we got to see the beautiful British Columbia landscape, prominently featuring rolling hills and snow capped mountains. 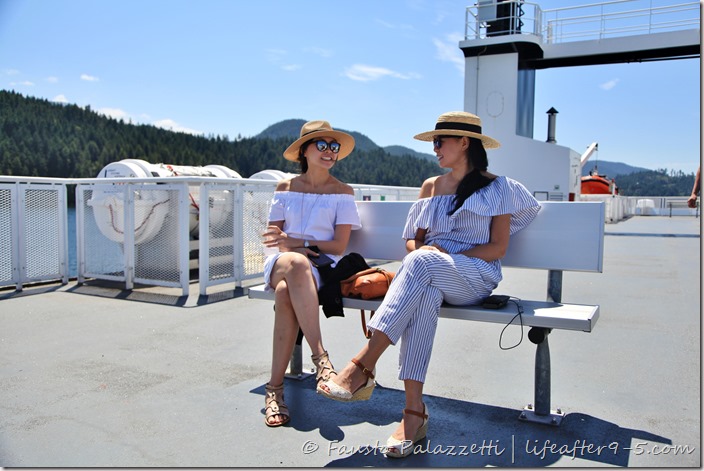 Pro Tip: Reservations on BC Ferries are available, but not required.  Part of the ship is always available on a first come first serve basis, but reservations can be very helpful during the busy summer season to avoid a long wait at the terminal.  If you don’t have a ticket, make sure you show up at least an hour to two earlier.

For the week, we stayed at a beautiful ocean-front beach house, situated on a private five acre property.  This gem, found on Airbnb, was well appointed and had everything that we needed.  Located in the sheltered Thunder Bay Cove, the spacious cottage is only steps from the beach with beautiful unobstructed views of the water.  It is the perfect base to explore the surrounding Sunshine coast. 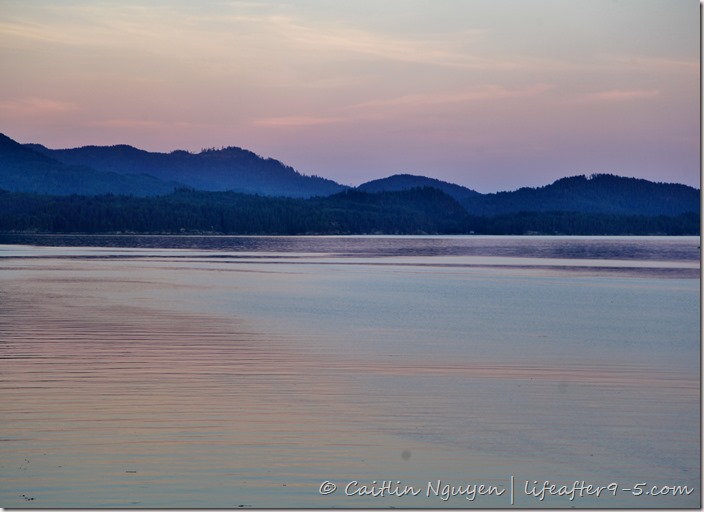 The main house has four bedrooms spread out over two floors  with a massive deck overlooking the ocean.  There is plenty of living and outdoor space to host our big family. The open layout and skylights gave the place a bright and airy feel. This was the perfect place for some relaxation, but if you’re bored, there is plenty of other entertainment as well.

We spent plenty of time lying out on the deck with a book, soaking up the afternoon sun while sipping our favorite beverages. When we are looking for more active pastimes, there are kayaks and paddle boards provided down by the boat house along with life jackets, which is a perfect for a weak swimmer like me.  The water was so calm that I never worried about venturing out too far. We spent many happy afternoons exploring the surrounding areas. There is an abundance of sea life like crab, oysters, starfish and jelly fish.  We even thought we saw a sea lion or seal poking its head out of the water.

As the sun set, we would head down to the fire pit by the water and roast marshmallows and sausages.  It was the perfect setting to tell campfire stories.

When we got tired of staying around the house, we ventured out to the nearby beaches.  There were hardly any people around, but be warned, the water in early July was still ice cold!  While strolling on the beach,  we saw a majestic bald eagle stalking out its prey.  It was quite a sight, seeing it gliding over the water. 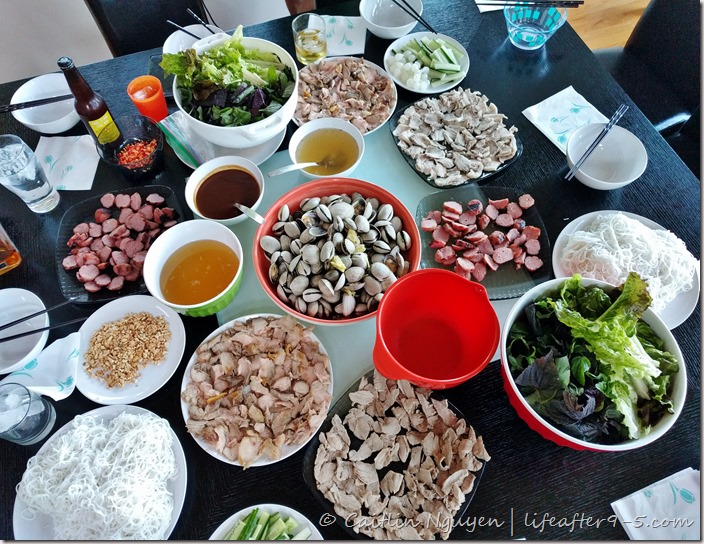 There are a few restaurants in town, but we didn’t even bother with that.  When my family gets together, it’s usually a competition to see who can cook the most.  We gathered around the kitchen and all pitched in to get the food ready.  This time in Powell River, it was especially memorable because before each meal, we would go down to the water and catch our food.  With a fishing license that only cost $23 per person per year, we were able to catch crabs, and forage for oysters and clams.  It was hard work, but the result was a feast each night.  The delicious home cooked meal never tasted better because we caught it ourselves.  It was an experience that I’ll cherish for years.