“Why are you going to Myanmar?…  Wait, where is Myanmar?”  I think those might be the two most common questions I’ve gotten each time I’ve told someone we’re going to Myanmar.  Our response is always some combination of: “It’s near Thailand, and well, why not?”  If you’ve ever searched for pictures of Bagan on Google, you’d know right away why we were drawn to Myanmar.  The country looks beautiful, it is in Southeast Asia, there is a rich cultural history to explore, and until a few years ago, it wasn’t even possible to enter the country. All the reasons that would make for a great trip. We’ve been pretty excited for this trip, so much so that I’ve even managed to pull myself away from work for a whole two weeks!This trip is likely to go down as one of our most anticipated but least planned trips. Myanmar is a remote country, so almost all flights there will require a connection in some major city in Asia, and flying around the country is a bit of a challenge as well. There are several airlines in Myanmar that fly domestically, but they are not part of any major alliance, and trying to book domestic tickets online has been a hassle. We booked what we can, and will probably do a fair bit of freestyling when we get there. It’s exciting and a little scary at the same time. We’ll share our process for planning and reserving what we could, and for the rest, you’ll have to wait and read our posts after we return. 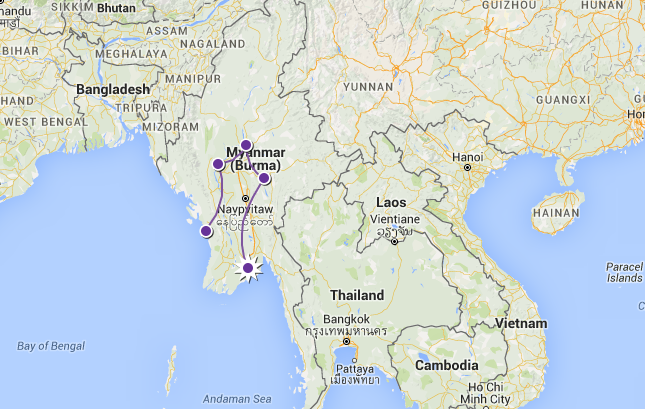 First things first, you’ll need a visa. This one was pretty easy. We paid $20 each (cash) at the Myanmar Consulate in NYC. Processing took 5 days. The visa is good for 3 months, and there are several types including a ‘meditation visa’ that costs a bit more; we just applied for the regular ‘tourist visa’.  They also offer visas online, but it costs more, and frankly, I wanted the elaborate visa page in my passport.  Just make sure you have all your flight and hotel information when you go there in person, as they’ll want to see it.

Getting there: As I mentioned earlier, Myanmar is not served by any direct flights from the US, so our flight there required a connection in a major SE Asian city.  Since we’re loyal to the OneWorld alliance, our option mostly involved connecting through Hong Kong, served by American (AA) and Cathay Pacific (CX). CX’s sister airline, Dragon Air (KA) has a daily flight to/from Yangoon (RGN) that we were able to find economy award availability for only 10,000 Avios points and $22.

Since we’d flown AA to Hong Kong in business class last year, we wanted to try a premium cabin on Cathay.  Cathay flies direct from JFK to HKG, in fact it’s #10 on the longest commercial flights in the world; and has the reputation as one of the best first-class products in terms of service. Finding 2 seats in first class will be tricky when there are only 6 seats available on each flight. Our process involved:

This occurred over the course of a month or two and took a bit of effort, but we ultimately snagged 2 seats in first on the 16 hour flight from JFK to HKG for a grand total of 67,500 AA miles, and $48 each. To purchase those tickets with real money would have cost $17,500! If thats not great value for your miles, I don’t know what is.

Getting around Myanmar:  This one is tricky.  There are basically three options for traveling around Myanmar: plane, train, or bus – on second thought, this applies to most any place really. However, since the infrastructure in Myanmar is not very developed, each method varies quite a bit in cost and travel time.  Trains are extremely slow and cheap, and since we only have 2 weeks and lot of places on our itinerary, that option was out of the question. We settled on flying between most cities, but also wanted to try out the famous overnight buses. The overnight buses are quite cheap, travel between major cities, and depending on the distance can range anywhere from 6 to 12 hours. Since we’re not kids anymore, we decided to try the overnight bus from Inle lake to Mandalay, a reasonable 6 hour overnight journey. We heard that the bus is bright, loud, and freezing cold as it makes its way through the Burmese countryside.

As for domestic flights, so far, we haven’t booked any. There are several airlines that make a circuit of the major cities in Myanmar.  The few that seem to have the biggest route network and most frequency are AirBagan, and AirKBZ. Our initial attempts at booking tickets have failed, likely due to issues with the payment processor in Myanmar. We’re still trying to figure it out, but most of the research we’ve done says that it’s easier to book the tickets once you’re there through the hotel or travel agency. Payment might have to be in cash however, so be prepared.

Hotels:  There aren’t many major hotel chains currently in Myanmar. As tourism picks up, a lot of hotels including world-wide chains will get built, but they won’t be complete for a few years, which is not immediately helpful to us.  Besides a Hilton resort in Ngapali, we’re going to be staying in several locally owned hotels and guest houses in the cities we travel through. We’ve done most of our research on TripAdvisor and booked everything on Agoda and Booking.com. 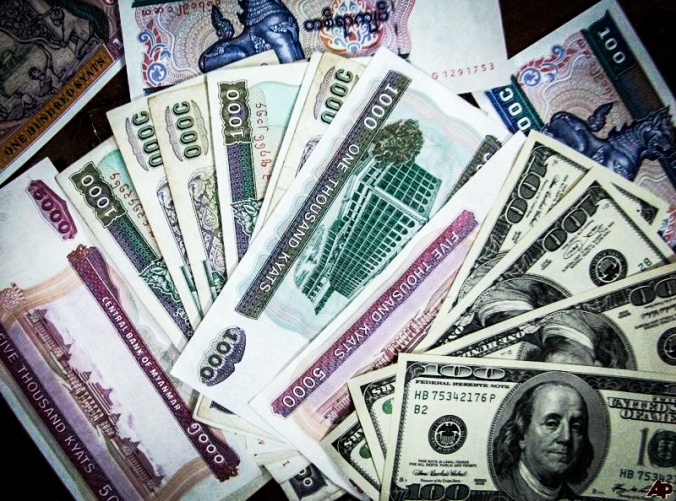 Spending Money:  We heard that ATMs and credit cards are starting to be more accepted in the country, but it is not guaranteed.  It’s always safer to bring cash.  The thing is, Burmese are very particular about the kind of cash they accept.  Apparently, according to our research, anything other than crisp clean US bills will be turned away. Also, rates are better for higher denomination bills. So keep that in mind as you plan your trip.

Overall, we’re pretty excited for this trip. Myanmar is one of the less developed countries in Asia, which means it won’t be overcrowded with tourists like Viet Nam or Thailand, but it also means that the infrastructure will be subpar.  I’ve heard that it’s not uncommon to have power outages during the day.  And forget about internet because the connection is slower than dial-up from the 90s.  What this means is that our ‘On the Road’ posts will probably be sporadic at best. We’ll try our best to stay in touch and share our pictures and experience from this amazing country.

One thought on “Planning Myanmar”