If you want to truly experience a place, you need to ask the locals for their best kept secrets. In Powell River that secret is an abandoned quarry on the small nearby island of Texada. In the days of Facebook, Pinterest, and Instagram, it’s hard to truly keep any place a ‘hidden gem’ for long, but that’s exactly what we set out to find. 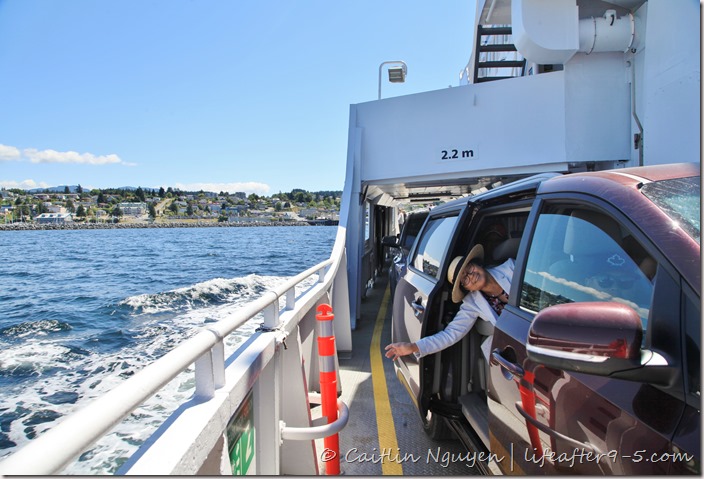 Texada Island is a small island on the Sunshine Coast of British Columbia with a population of just over one thousand. Getting there from Vancouver can be difficult, but from Powell River, it’s just a short ferry ride away.  Once you get off the Blubber Bay ferry, it’s another 5-minute drive from the dock.

The quarry is actually called Heisholt Lake, a former limestone quarry that has been filled with fresh turquoise water from the nearby natural springs.  The location of Heisholt Lake is well hidden, with no marked signs to indicate its whereabouts, and no map with nicely laid out directions.  We did find the outline of the lake on Google Maps, but we couldn’t find the entry points.  Every road was blocked off with huge DANGER signs warning off trespassers.

Instead of giving up, we decided to park our car by the side of the road and walked down one of the dusty paths.  The whole time, we were not sure if we were even going to find anything, until we finally saw IT.  Sometimes you find something that just takes your breath away. What started as an ugly mining pit turned into a resplendent aquamarine lagoon. The inactive limestone quarry filled with water that got its color from the surrounding minerals and stones. 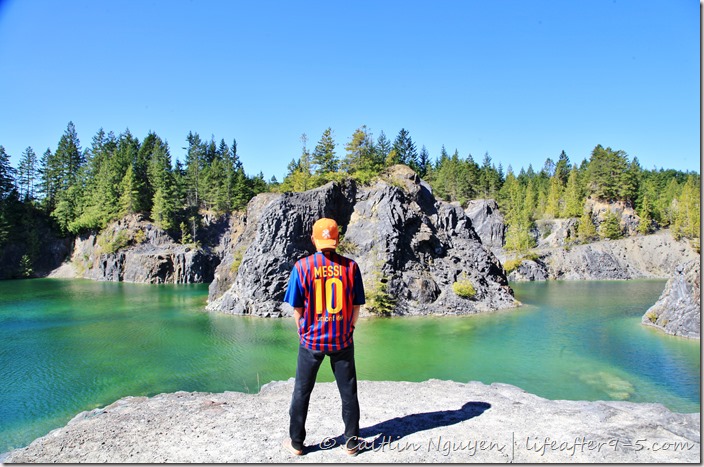 This is where the locals go to cool off from the hot summer sun, floating in the crystal clear water. There was no one else around when we were there, and we had the whole place to ourselves.   We were really tempted to dive into that refreshing water, but we weren’t entirely sure if it was safe to swim.  Instead, we scrambled up the rocky edges and drank in the views of the iridescent water.

It’s hard to believe that this hidden gem existed in BC until I saw it with my own eyes.  It’s one of those places that I selfishly hope no one would ever find out about, but it’s too pretty to keep a secret for long.

2 thoughts on “A Hidden Gem of British Columbia”